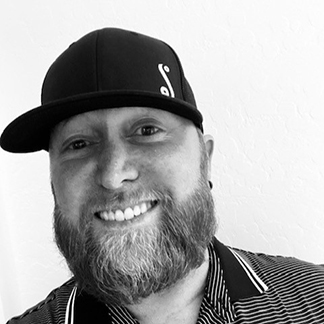 Sev-Rend is pleased to announce the addition of Bryan Burkhalter as their new West Coast Business Development Manager.

Bringing Bryan Burkhalter on as the West Coast Business Development Manager lines up with Sev-Rend’s goals to further service their clients in the produce industry with high-performance packaging. This move allows Sev-Rend to expand their footprint even further in the ever-growing fresh produce market.

“Bryan brings a wealth of knowledge and expertise to the Sev-Rend team that will allow us to grow in some key areas within the fresh produce world” states Rob Williams – CEO of Sev-Rend. “His experience in fresh produce is tremendous, from both the packaging and the commodity sides of the industry. This along with his integration with key players in the industry will help strengthen Sev-Rend’s position as a top tier supplier of high-performance packaging.”

Bryan brings over 20 years’ experience to the Sev-Rend team ranging from sales to commodity management to produce specialist. He most recently held the title of National Account Manager-Retail Produce Sales at Tosca Ltd, where he worked for the past 5 years with many of the same clients that Sev-Rend has already partnered with. “This was a key decision for both of us to combine forces” states Bryan. He has also held such positions as the account manager at Stern Produce and Produce Specialist at US Foods where he played a part in sales development and support.

“I am very excited to join the Sev-Rend team to offer world class products and service to the produce industry” states Bryan. “Sev-Rend’s main customer base is one I have deep knowledge of, and the transition was not only seamless, but also made sense. My previous experience allowed me to develop solid relationships with many of the decision makers in the fresh produce world.”

Bryan’s addition to the Sev-Rend team is in line with the Sev-Rend growth strategy. His vast knowledge and network will allow him to further strengthen Sev-Rend’s position on the West Coast. This gain is in line with several of the other items Sev-Rend has made over the past several years to support the needs of the packaging market. The addition of a new online ordering system along with pouch converting equipment are just some of the additional examples of Sev-Rend’s commitment to growth to support this ever-expanding market.

Sev-Rend is a leading supplier of high performance packaging and has been in the packaging business for over 29 years. Their headquarters and manufacturing facility are strategically located in Collinsville, IL, just outside of St. Louis, MO.

This website uses cookies to improve your experience while you navigate through the website. Out of these cookies, the cookies that are categorized as necessary are stored on your browser as they are as essential for the working of basic functionalities of the website. We also use third-party cookies that help us analyze and understand how you use this website. These cookies will be stored in your browser only with your consent. You also have the option to opt-out of these cookies. But opting out of some of these cookies may have an effect on your browsing experience.
Necessary Always Enabled
Necessary cookies are absolutely essential for the website to function properly. This category only includes cookies that ensures basic functionalities and security features of the website. These cookies do not store any personal information.
Non-necessary
Any cookies that may not be particularly necessary for the website to function and is used specifically to collect user personal data via analytics, ads, other embedded contents are termed as non-necessary cookies. It is mandatory to procure user consent prior to running these cookies on your website.
SAVE & ACCEPT